It’s Indie Hero month here at IU, so for my indie hero, I picked Hugh Howey. You know what they say — go big or go home.

Just kidding. However, the goal is to get a wide range of indie heroes — from modest to large success. And Howey is among the bigger-name successes and he seems like a genuinely nice guy, so I thought I’d tackle him (figuratively, not literally; you’re safe should we actually cross paths, Hugh).

For those who haven’t heard of him, Howey is the author of dozens of novels, but rose to prominence with this Wool series. The self-published book rose quickly in popularity and was later picked up by a traditional publisher, who gave Howey the first ever print-only deal during the age of eBooks. By print only, I mean, Howey got to keep publishing the eBook version himself, while the publisher only got the print rights. END_OF_DOCUMENT_TOKEN_TO_BE_REPLACED

If you haven’t thought seriously about writing in a Kindle World perhaps you should. Fan fiction is not just for freaky people who dress in costume and wait on line for twelve hours to enter Hogsmeade at Disney World. It’s for everyone, including our own Indie superhero, Hugh Howey. But we’ll get back to Hugh in a moment.

My son and I play a texting game in which we rewrite Harry Potter and send the revisions to each other. END_OF_DOCUMENT_TOKEN_TO_BE_REPLACED 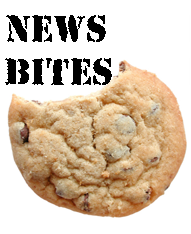 It is time once again for Indies Unlimited to carry out its charge as the champion of truth, the vanquisher of deceit, and the taster of all things bacon. Yes, the NewsBites team of investigative journalists never rests until an opportunity presents itself. No matter how high those mountains, how deep those raging seas, or how hungry those hippos, we will keep more or less steadfastly to our quest to bring you somewhat reliable infotainment. Remember, if you’re not completely satisfied, you can fully refund our money.

And now, here is some news-type stuff we scrounged up and snarked all over: END_OF_DOCUMENT_TOKEN_TO_BE_REPLACED

Holy aching feet, I’m tired. And that was from just one day of walking BEA (Book Expo of America), one of the biggest publishing dog-and-pony shows in the world. Here are some of the highlights, from an indie perspective:

BEA is clearly pinched for cash…or New York is getting too expensive. From the drastic reduction in swag (I could have made a killing selling lanyards for badges) it was pretty clear that participants were tightening their belts. This was the first year that BEA attached BookCon to the program. (Basically ComicCon with books.) Eight million readers paid thirty bucks to hear some of the biggest names in traditional publishing (and some celebrity authors) discuss their work, and maybe get a glimpse or an autograph. And Cary Elwes. END_OF_DOCUMENT_TOKEN_TO_BE_REPLACED