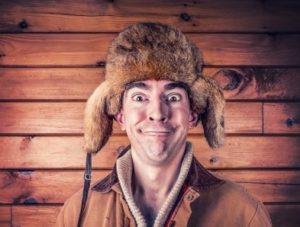 Happy Tuesday! The strange journey known as Kickstarter is now over, and I still have so much to share. You can read the previous articles in my Kickstarter adventure series here. This part will cover advertising, advice, and avoidances. Trust me, you’ll want to read this even if your plan is to never run a Kickstarter.

I hope to see this change over the years, but for now there is nowhere that truly supports a book Kickstarter. Video games, gadgets, films, even comic books have Facebook groups, special advertising websites, Twitter accounts, and all the things we tend to utilize outside of Kickstarter for promoting our books. Novelists have none of that. The websites you normally post your free/discounted books on? Most of them ask for an ASIN number, which you don’t have because your project hasn’t been published yet. Because of the strangeness of the terrain, I found myself performing guerilla advertising. Is that a real term? Don’t know, but it defines this madness fairly well.

I started following every Twitter account I could find that was genre related, in this case horror. I checked all their websites to see if they had advertising sections. If I found one, I immediately emailed them asking about their advertising prices, if they did book reviews, and mentioned I was doing a Kickstarter. The responses were pretty quick, but most of them only did paid advertising. Which is completely okay; it’s good information for when the book is published and ready to be consumed by the masses. For now, though, I’m living by this thought: if I had money to spend, then I would have given it to the editor and artist, and not bothered with this Kickstarter. A couple of places were nice enough to post the Kickstarter on their website, and for that I am grateful. Any victory, no matter how seemingly insignificant, is still a victory.

On Twitter, I started doing keyword searches: book recommendation, horror book, horror novel, Kickstarter book, etc. Things that I probably would have never thought to do had I not been put in this position, but are super useful for general advertising. Twitter is about talking to people, and if you can strike up a conversation with someone on a shared topic, then you’ll build an audience. Back when I had more time, I would get into conversations with indie bands, candy companies, anyone who would talk back about anything. I sold a lot of books doing that. As long as your website is on your profile, and you half-handedly mention what you write in conversation, people will look into it. Additionally, through those searches, I also dug up some new hashtags, which I then verified through hashtags.org as being worth using, and took to setting up ads through Hootsuite.com. If you aren’t familiar with either website, you really should be. My suggestion with Twitter, and advertising in general, is not to spam. If you’re going to spam, then make a secondary account and work 100% off hashtags. It’s not the most effective way to get noticed, but it does work, it’s free, and it takes very little time if you use Hootsuite.

Instagram is a difficult beast to tame as a writer. It works entirely off images that we regularly don’t have, and doesn’t allow for hyperlinks without paying for it. So, you have to get creative. Your Kickstarter link becomes your profile’s website page, and you refer to it any time you can. Hashtags on here are a lot easier to manage because the app/website will tell you how popular the tag is before you select it, and no one cares that you have 50 hashtages linked because no one is reading them. Take pictures of random things in your life and hashtag the crud out of them; this is how you build an audience. Then sprinkle in your book cover, special Kickstarter images, etc. Also, search for like-minded people and follow them; chances are they will follow back.

For the most part, this is no different than normal. Look for genre-specific groups, show off the goods, rinse and repeat. Don’t forget to check for websites and book reviews therein. Again, most book sharing groups are not too keen on the sharing of Kickstarter campaigns, but some won’t mind at all. At one point, out of frustration for all the Kickstarter ads I now see on Facebook, I started posting my ad on their ad as a comment, but I’m not going to suggest doing that. For one, I have no idea if that’s a bannable offense on Facebook. Still, it was pretty funny.

Plan ahead for a Kickstarter…. FAR ahead. Announce the campaign months in advance and start building an audience ASAP. The bigger that initial push is, the easier it’ll be to get others to look at your product, and the more word will spread. I came at this knowing, to some extent, what I was getting myself into. I didn’t plan this more than a week ahead of time, I am advertising a novel as a no-name author, and it’s a horror book in the middle of May. Should I have waited until September/October? Probably, but technically this should have been ready and going last October – delays occurred and here we are. No matter how your campaign goes, never give up, never surrender. Even if it fails, you win. It’s free advertising one way or the other, and since you can write comments and updates on the Kickstarter campaign, you can reach out to the backers you did find and let them know where to get the book no matter what happens. Some of these people will be backers of hundreds of Kickstarters, who simply like to see projects made – they are not your normal demographic.

You are going to receive dozens of emails over the course of this campaign, and 99.99999% will be websites trying to get you to pay for their marketing skills. Most of them want money up front, and for big campaigns that are producing some shiny gadget that goes from zero to amazeballs in 1.2 seconds, this might be a good option. For a low goal, low cost book, not so much. I did see one that would charge a percentage of the total, if the campaign succeeds, but I have since deleted the email and I’m wishing I hadn’t. That one may have been worth it.

There you are, this is everything I know about Kickstarters. If something worthwhile comes my way, I’ll jot it down and share it, but at this moment, the landscape is very bare when it comes to writer support. The successful book Kickstarters either have a large following already, or have chosen genres that bring all the boys to the yard. Do I recommend doing a Kickstarter? Sure. Again, it’s free advertising and it’ll force you to think on your feet. Knowledge and perspective are the difference between a success and a failure. My campaign may not have gone the way I had hoped, but I’m walking away with a head full of ideas and some additional experiences I otherwise wouldn’t have had, and I am better off for it.

Nicholas Forristal is the author of nine books, including "The Chronicles of M," an ever growing series of fantasy books that range from historical fiction to modern day wackiness. Learn more about Nicholas and his writing from his websiteand his Author Central page. View all posts by Nicholas Forristal