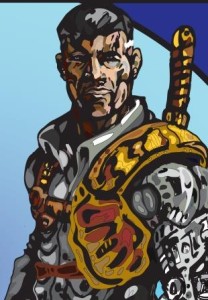 No, this is not an R- or X-rated post on how to fall in love with an artist; it’s a few tips you can use if you’re looking for an illustrator. Let’s face it, artwork isn’t cheap, especially when it comes to books and even more so with covers, comics, and graphic novels. The cost of a decent cover can set you back $500 or more for a known artist. And you might want to stick your head in the sand when it comes to comics or graphic novels — those can run into the thousands of dollars.

So, what can you do?

First of all, you need to figure out your requirements. Is it just a cover? Or an entire illustrated book? Let’s say for this discussion (and personal experience) you have a book you think would make an awesome comic. The last time I checked, comic book artists don’t grow on trees. With an Indie author’s limited budget, there’s no affording Stan Lee, Will Eisner, Steve Ditko, or Todd McFarlane for your endeavors. You need to think a lot smaller.

Where do you start this epic search? It might be easier than you think. There are a few comic book-related Facebook pages, comic book stores (where hungry young artists sometimes hang out and play Magic cards), and the popular Comic-Cons. It boils down to what you have available to you. Do you have a local store? Does the closest major city host a Con? Or are you so remote that the Internet is your lifeblood?

Once you’ve figured that out, it’s time to find that artist. Since I live fairly close (two hours) to a smaller metropolitan city, which hosts a Con every year, I decided to start there. What better way to see a lot of artists in one location? I must’ve walked the floors for hours looking at drawings and styles. I talked to a few artists and politely tried not to choke when they told me how much it would cost to get a comic done. Sticker shock! And these were mid-range artists.

Then hubby pointed out a booth I’d actually dismissed because they appeared to be displaying video games (which I’m not into). The sign on the back of the booth listed them as a comic creator’s group. He gave me a shove and told me to talk to them. I mustered up some courage and approached. Luck smiled on me that day. The video games came from a college computer class, but the majority of the fellows manning the booth was artists!

I introduced myself and briefly told them what I was interested in doing. The group moderator invited me to their meetings which were usually held monthly. He said I could meet up with comic artists and writers. Most brought samples of their work and I was able to ask questions and possibly connect with an artist that fit my budget.

Several meetings later, I managed to make contact with an artist who wants to get his art out to the world. He works in many styles, and we became friends on Facebook — where he posts a lot of his work. After a few months of chatting online, he agreed to do the massive backdrop banner for my booth at this year’s Comic-Con. What does he get in return? Well, I don’t need all that booth space, so I invited him to set up and sell his work next to mine. He was thrilled! His artwork will be prominently featured on a 10’ X 7’ banner for thousands to see. Granted, I paid for the banner, but having custom artwork on it made it all worth it.

The plus to this whole arrangement: he wants to learn how to publish his work in print and online — which is my specialty. So we created a partnership — a love affair of sorts, to help promote his work and my work through our respective skillsets. Because I have an established audience of fans, he can ride my coattails to get exposure for his illustrations. We’ve agreed to take one of my novels and create an excerpt comic to draw in new readers. How am I paying him? Partly in my time and resources, and through royalties earned from the comic.

I’m hoping this relationship will have longevity and prosperity. We have goals that are similar, and have talents that are complementary, making for a dynamic duo. We’re looking forward to the local Comic-Con and how folks will react to what we’re offering. Should everything go well, we may try another event.

If you’re looking to add some art to your writing, sometimes you don’t have to look far from home. Using available resources may net you a capable artist willing to work with you in order to get their artwork in front of many more eyes. The quest may take time, but be patient, and you can bring your work (and theirs) to a whole new dimension.

Here are some places you can meet up with illustrators:

K. Rowe is an experienced and prolific multi-genre author. She draws from over twenty years of active Air Force service. Kathy lives in eastern Kentucky with her husband and a zoo of farm animals. Among her many duties she finds time to offer services as a publishing consultant for new authors. Learn more about Kathy from Facebook, and her Amazon author page. View all posts by Kathy Rowe (K. Rowe)