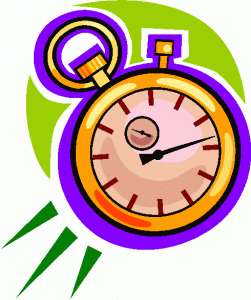 Pacing in writing is essential. It can make a story or break it. Good pacing can tune a good story into a masterpiece, or bad pacing can reduce it to caterwauls.

Some months back, I read a new book by an author I like. I expected good things. Unfortunately, the pacing of the story left me frustrated and just anxious to get the durn thing over with. The protagonist, an investigator, was frequently approached by a mystery woman who may have had information he needed. The meetings usually consisted of her appearing suddenly, saying she needed to tell him something, then leading him to a small café or down a deserted alley. She spoke cryptically; he asked questions which she danced around, they both became angry and she rushed off. Over and over.

The author may have thought the emotionally-fraught meetings were adding tension to the story, but they added little else. They added no additional information. They did not move the story forward. Their only purpose, that I could see, was to frustrate me and make me less inclined to care if I finished the book or not.

Our job, as story-tellers, is to parcel out bits and pieces of the story line all along the length of the story. We do this not only to let the story build in an evolving, suspenseful way, but also to reward our readers. Sure, we don’t want to give away too much too soon, but we need to give the readers something as they go along. That book I was talking about was giving me nothing. I felt like I was doing the hard work of sticking with it to try to figure out the mystery, but I was getting nothing in return. It didn’t feel like a fair deal.

Just recently, I picked up a crime thriller that was free on a promo. I don’t normally gravitate to crime stories, but this one sounded interesting and had a ton of good reviews, so I tried it. I’m glad I did. The story began a trifle slowly, primarily because there were a lot of characters to be introduced to, but then quickly ramped up. I was almost halfway into it when I realized that I was really getting anxious about the turn of events. I suddenly realized that the author had completely pulled me in, and had moved me forward with rewards of revelations as the story unfolded. The story is told not only from the point of view of the investigator, but also from the POV of the bad guy, giving me inside knowledge about the crime and how it’s being carried out. That inside information, while not revealing too much about motive, still gave me more kernels of story than the investigator was getting, so while the police side was being stymied, the story was still moving forward fully and inexorably. The author was a master at turning the screws minutely but continuously. Once the police caught a break and began to put the pieces together, the story became two vectors moving rapidly toward a point of intersection. And I wasn’t going anywhere except along with them.

Right on the tail of this book, I picked up another free promo, a paranormal, which I love. It was about a medium in 1800s London and the male ghost she connected with as they tried to contain a demon, and it was great. The pacing of the story was perfect and the relationship tension built at a rate that pulled me happily along. As with the crime thriller, I was anxious to see how it all played out.

Unfortunately, it didn’t. When I reached the end, one story line was resolved, but the relationship issue was not. That was going to continue into the next book. I was rather disappointed in this, but dutifully bought the next book in the series. That’s when things began to go downhill in a hurry.

The new story line was fine, but the push-pull of the relationship issue was getting tiresome. How many times can characters move toward each other, have second thoughts, and move away? How many times can they almost succumb to the overwhelming love they feel, give in to the doubts that fill their heads and back off? I quickly realized that the pacing of this dance was perfect in the first book, but had become contrived and overdone in the second. Rather than being fed a few tasty crumbs to keep me going, I felt like I was being tempted by a yummy cookie that was unceremoniously yanked away whenever I got too close. Because in the first book the couple had come about as close as they possibly could to consummating their relationship, they had already progressed from point A to point Y and only Z was left. There was no place to build to except full intimacy, and in order to maintain the tension of the story, that promise of resolution was never being kept. Again, it felt like a raw deal. I knew I wasn’t going to get the cookie until I got to the end of the book (maybe—there might be a third book!), but there were no crumbs left for me in the meantime. If the author had added the second book on as an afterthought, she had not taken pacing into account. If she had planned the series from the get-go, she still had not taken the pacing into account. As a writer, I found it interesting that a first book could be almost flawless, yet the second book was, in my mind, a total toss-off. And it was all because of the pacing.

So what is pacing? It’s rationing out bits of information a little at a time to move the story forward. It’s developing the characters so their personalities and relationships evolve in an ever-expanding way. And it’s rewarding the reader with “ah-ha” nuggets that keep them interested. Failing to find the correct pace in any of these areas can make the difference between compelling and contemptible, between fascination and frustration. And obviously, even the best authors can find the right pace … or not.

Melissa Bowersock is an eclectic, award-winning author who writes in a variety of fiction and non-fiction genres. She has been both traditionally and independently published and lives in a small community in northern Arizona. Learn more about Melissa from her Amazon author page and her blog. View all posts by Melissa Bowersock