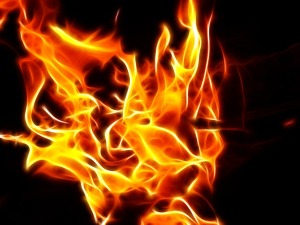 I was thinking about Lynne Cantwell’s post on “Coping with Unsupportive Support” the other day and it made me think about this indie author/self publishing world we live in. We all need those words of encouragement every now and then. That is why sites like Indies Unlimited and other groups in our social media circles are so important.

It made me ask a question to myself. Do supportive groups or individuals help me reach my goal in writing? Maybe not. Before you all blast me with negative comments, hear me out for a second. As Lynne writes, “… a kind or encouraging word … is often enough to keep us plugging away.”

I agree that we all need positive feedback and support. But, that is not why you’re here. Every one of us is here because we’ve achieved some level of success in our writing venture.

“WHAT? Success? But, I haven’t even published my first book,” some of you may scream.

Success is different for all of us … AND … success changes as you grow. For me, my first level of success was writing one scene for a novel that didn’t exist, didn’t have a main character, didn’t have an antagonist, didn’t have a theme, concept, plot or any other thing that makes a good novel. It was just … a scene.

Here’s what it did, though. It fueled a BURNING DESIRE to do this. It lit a flame that we all feel—that necessity to put words into stories. There’s no turning back. You are in. Like anyone else with a burning desire to do something, I study my craft. I practice. I rehearse. I research. I write. I write lots of stuff. I write blogs. I write advertising copy. I write technical papers. I write reviews. I write limericks. I write short stories, non-fiction, novels and even thank you notes.

So, I say, “See ya later!” to all the naysayers and unsupportive supporters. They will have NO EFFECT on my life, my writing, and my outcomes. Because I have something that none of them have—a burning desire to write. Success will come out of that in one form or another.

This past winter the Seattle Seahawks won the Super Bowl. That’s the championship in American Football here in the U.S. for those of you that don’t watch, care or know about sports. They drafted a quarterback in the third round of the draft two years ago. The Seahawks passed up on surefire future star quarterbacks to get the guy they wanted—Russell Wilson.

According to the “experts,” Russell Wilson was too small, too slow and not talented enough for the NFL. What the management for the Seahawks found out was that Russell Wilson may have been all those things, but he had a burning desire to be the best quarterback in the HISTORY of the game. Russell Wilson studied more, worked harder, practiced more, researched more and didn’t listen to the negative “supporters” around him.

What does that add up to? Winning the Super Bowl in only his second year in the NFL. Here’s the best part—he’s not finished. He wants to be the best quarterback ever. Success changes as you grow. If you have a burning desire, you won’t be satisfied with publishing a book. You want more. You set the bar higher. You publish your next book. You attend conferences and then you start hosting writing conferences. Your burning desire pushes you past your fears of public speaking, talking into a microphone or smiling for a camera.

Our social and support groups are great places to learn, create and even get a pat on the back every once in a while. But, only your BURNING DESIRE will get you to where you want to go. I am humbled and inspired by what our fellow Indies Unlimited authors are doing and creating. The flame burns.

10 thoughts on “The Ultimate Supporter”