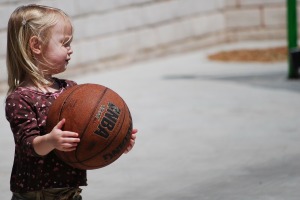 It’s that time of the year again. Here in the United States, the annual NCAA basketball tournament known as March Madness, The Big Dance, The Final Four and a host of other names is in full swing. This three-week event kicks off with thirty-two games in two days. Televised, streamed and watched by millions, every second of each game is available for consumption. In fact, Thursday and Friday of last week were officially the least productive days in the US workforce for the entire year.

Why do millions waste countless hours watching? Two reasons—office pools and Cinderella. Betting on the “brackets” for the tournament is huge. So much so, Warren Buffett, the finance guru, offered one billion dollars for anyone who comes up with a perfect bracket. It’s only a 9.25 quintillion to one chance of winning (by Friday there were no perfect brackets left.)

As for Cinderella, well that’s a whole other story. Millions watch to see the no-name team knock off the perennial favorites—David versus Goliath stuff. University of Dayton and Mercer are shaping up as this year’s Cinderella. If you’re still reading this, you’re probably wondering what any of this has to do with writing and publishing?

The NCAA tournament is like a microcosm of the publishing industry. When fans fill out their brackets, they typically end up with a championship involving a couple of college basketball powerhouses. Meanwhile, as you watch, you find yourself cheering for the huge upsets. A school like Dayton is the self-published author of the group, going up against the machinery of traditional publishing.

We see the same thing in our indies world. We get excited when a Hugh Howey or Martin Crosbie break through, challenging the established publishing industry. We cheer for their success and the success of indie writers in general. Is it because they’re great writers? Maybe. Is it because we all believe in Cinderella? Definitely.

Does anyone remember Florida Gulf Coast University from last year? Just what I thought. That’s one problem with the Cinderella concept. The next year, they don’t make it back. But, not always. Virginia Commonwealth University (VCU) squeaked into the tourney as an unknown several years ago and made it to the final four. Since then, they’ve become a force each year in the tournament. Most people today don’t remember that they were the Cinderella—once upon a time.

The more that happens, the more readers won’t remember that we were the Cinderella story. Eventually, there won’t be self-published and traditionally published authors … just like VCU isn’t considered a Cinderella anymore. We’ll all be authors, enjoying our time at the big dance.

8 thoughts on “It’s a Cinderella Story”