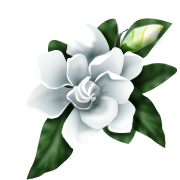 Creating “Page-Turner Novels” was and still is my writing goal. In reviews, readers have complimented me for creating a good story and holding their  attention. (That is very satisfying.)

As I continue to improve my writing craft I have read several books. One that I would recommend is The Marshall Plan for NOVEL WRITING by Evan Marshall. He provides some excellent tools which helped me understand viewpoint writing and the proper sequence within the novel. I use a form of that now to plan my novels and to record the actual chapter detail and story progress. Here is what I do:

Time Consequences – Make finding the killer an immediate need, or lives will be lost

Protagonist – A person with high values, but with weaknesses

Antagonist – A person with psychological problems, but very intelligent

The first thing I focus on is the plot. I spend many weeks kicking around a story in my head, making some notes as I go. In that process, I continually ask myself, how can I create more tension? Since I’m writing about people being kidnapped and killed, I focus on the killer. Killers are really bad people – how can I compound that? Serial killers are even worse because they have psychological problems, and women serial killers are even more terrible as they can hide behind their beauty. I think you get the idea.

Just the thought of a serial killer being in the novel sets the reader’s expectation of danger and therefore fear, resulting in suspense. Reinforcing those with high stakes consequences – people’s lives in jeopardy, the added pressure of time running out to stop the killer or killers, along with the knowledge of what the antagonist thinks, feels, and is planning to do increases the reader’s anxiety. I couple that with a protagonist who lacks the credentials to prevent things from happening which creates the reader’s interest and excitement to turn the pages to see how it possibly could turn out okay.

One thing that also comes to mind is that people can react differently to an object. An example is the ocean. People think about how pleasant it is. However, for the people who saw the movie Jaws…it forever changed that. From that point on there was a fear of the danger present in the ocean. Add the music before the shark attacks and people were on the edge of their seats, or blocking their eyes. I try to employ the same technique by taking red hair and the scent of gardenia, which are normally not at all offensive, and tie them to the female killer. When either of those are present the reader is immediately suspect and on guard.

Some writers create a powerful and experienced protagonist. My novels have an amateur who should not be involved in investigations and who couldn’t possibly save others, let alone himself. That approach instills an added fear that he is in danger and makes the reader want to protect him.

I couple that with an antagonist who has significant psychological problems. However, he/she is very intelligent and executes well-developed plans managing to stay one step ahead of the authorities. The reader fears that when the antagonist’s path intersects with the protagonist, or his love interest, he isn’t going to be equipped to save either of them.

To heighten the suspense I use short sentences and short chapters. Another key approach is sharing vantage points in each chapter, ping-ponging from one Point-of-View, or viewpoint character, to the next. This leaves the reader wondering what is happening in that scene while reading the next totally different scene with a different character. (Lynne Cantwell mentioned this in her recent post about cliffhangers.) That also heightens the reader’s anxiety to keep them turning the pages to learn what happens next.

I also bring the reader into the story by describing what they hear and smell, what they want to touch but are unable to, and what they sense is coming but can’t see, because they are blindfolded and restrained. One reader commented that “…on several occasions smells described overwhelmed me…” That is an important statement because I try to put the reader into the story. How? I use first person (“I”) for the protagonist. The reader is now the protagonist and what is happening, or going to happen, is now directed at the reader. All the other chapters are written in third person (he/she).

The most powerful of those other characters is the antagonist. The reader witnesses the antagonist’s thinking, motives, plans, feelings, and reactions. One reader’s comment was, “I love how several chapters are told through the viewpoint of the killer, letting the reader get into the killer’s head and understand their motivations.” This I feel creates more reader anxiety, fear and suspense.

Create suspense (anxiety) by using fear (presence of danger), heightened by the reader’s brain reacting to the five senses and obviously without any way to warn the protagonist. The reader expects the suspense novel to end in a positive manner, but given their awareness of the details they do not know how that is possible. Danger is truly coming, the consequences are real, lives are in jeopardy, and unfortunately time is running out for the protagonist who is the reader, or in this case YOU!

The definition of suspense will vary from reader to reader and author to author. One thing they will agree upon, however, is that the right amount of suspense will hold a reader’s attention from cover to cover. And that’s what it’s all about, isn’t it?

Dick C Waters is a Contributing Author for Indies Unlimited and author of the Scott Tucker mystery novels; Branded for Murder, Serial Separation, Scent of Gardenia and Fragrance of Revenge (soon to be published). For more information please see his Author Central Page View all posts by Dick C. Waters

34 thoughts on “Approaches to Building Suspense”