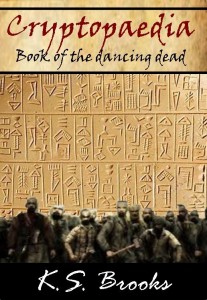 Of course, yes, I know you’ve been waiting for this. Who hasn’t been? I’ve already shared with you the formula for writing a blockbuster action/adventure bestseller, a knock-em dead romance bestseller, a spine- and pants-tingling romantic thriller, and a Young Adult Paranormal Romance. I know – that’s really benevolent of me, right? Despite that, you thought I left out a market with huge potential: horror. Well please, patience! I can only turn out one of these labor-intensive formulas each month. They’re quite draining, you know.

Speaking of draining, this book’s got it all: vampires, werewolves, zombies – a story destined to be a bestseller once you add your personal touch to it. How can you go wrong?

Follow my advice below, and you’ll be fighting off a legion of dedicated, zombie-like fans!

Formula for a best-selling horror novel:

Your protagonist is a quiet but incredibly good looking scientist studying something no one can pronounce at some college no one’s heard of. He/she’s trying to get the school on the map with earth-shattering discoveries. Let’s call him/her something strong yet geekie – and something uni-sexual to make this formula easier to read – like Alex. Alex is on the verge of something monumental.

After years of research, Alex discovers an old, moldy book filled with strange writing on parchment pages. He takes it to a linguistics professor who is also a bit nerdy but incredibly sexy when his/her glasses come off. For convenience, let’s give this character a sexy yet nerdish uni-sexual name like Taylor. Occasionally Taylor will catch Alex looking at him/her, and each time gazes divert and that kind of syrupy stuff. Of course they are both way too dedicated to their sciences to follow through with their impure thoughts.

The book constantly taunts the two, drawing them to it, as if it has a power of its own. Taylor takes it to a professor he/she used to know – one who was fired for his/her radical beliefs and teachings. Let’s call this freaky character Jayden. Jayden welcomes Taylor, but his/her face becomes ashen with the realization that this book is an actual relic. Jayden tries to convince Taylor to leave the book with him/her, but Taylor declines, then heads back to the university.

Later that night,Taylor is deciphering the book and realizes its meaning. He/she phones Alex and tells him/her that the book must be destroyed – but it must be done in a specific ritual because the book does indeed have special powers of evil. Alex is skeptical. After all, how can a book have powers? But since Alex is interested in Taylor, he/she decides to go to Taylor’s lab to discuss it further.

Taylor starts to feel like someone is watching him/her. The skies cloud over, the full moon glows through, lightning cracks, and thunder startles Taylor. Jayden attacks. A struggle ensues. Beakers are overturned and smashed on the floor. (No, it doesn’t matter that this is a linguistics laboratory. All labs have beakers, right?)

Here’s the cool thing about horror: there’s absolutely no need to develop any of the characters. They’re meant to serve as nothing more than a vehicle to get the reader to the juicy part, and this book only covers about three or four days of their lives. The only thing that matters is the monsters, the legend, and the fact that the characters look really good naked.

Alex arrives at the lab too late. He/she sees the smashed glass and disarray and realizes that Taylor has been abducted…with the book. Alex desperately searches through the wreckage for clues as to who might have done this. He/she finds Taylor’s notes and reads that there’d been a trip to Jayden. Clearly, Jayden was the only other person who knew about the book – the only person who could have done this.

But Alex is again too late. In a weird ritual involving lots of candles and a cute white dog, Jayden has awakened zombies, vampires, and werewolves. He now has a legion of undead creatures to do his/her bidding. Humans are being devoured all over the place. Taylor is praying. Jayden is laughing. Alex is running for his/her life. There is no way to warn humanity because cell towers are knocked out and there is no electricity. Why? Who cares? Make something up. The reader has to believe that things are desperate, the humans are grossly outnumbered, and hope is fading. After all, how can you kill something that’s already dead?

Whilst all this mayhem is ensuing, Alex is regretting never having told Taylor about his/her feelings of love. Alex manages to rally a few humans to gather weapons. They make a stronghold in the college and get supplies from the nurse’s office and the anatomy lab to create a make-shift hospital. They scramble, trying to figure out a way to fend off the zombies, vampires, and werewolves. Alex realizes the only way to do that is to get to the book. A small group of people agree and decide to head to Jayden’s house with Alex to destroy the book.

The rescue party is met with numerous attacks from the undead. The members are killed and/or eaten one-by-one, except for Alex, of course. Here is a good opportunity to write some graphic and fairly disgusting stuff to shock your reader. Is anyone else suddenly craving baby-back ribs?

The thunder and lightning continues as Alex closes in on Jayden’s eerie Victorian home on the edge of a cliff (yes, of course there’s a cliff!). The house is guarded by zombies, and he/she must fight through them to get inside. Alex is soaking wet, scraped up, and covered with mud. He/she finds Taylor tied up and frees him/her. They embrace and passionately suck face for a moment. Taylor blabs quickly what they must do to destroy Jayden and the book. They struggle with Jayden for control of the book – and Jayden loses his/her grip on the book and plunges over the cliff to his/her death. Quickly Alex and Taylor perform the ritual to destroy the book, then set it on fire. The sun rises, and Alex and Taylor make googlie-eyes at each other before again locking lips. Because even all scraped, muddied, and beaten, they look awesome.

Sparks fly as the book burns – and a sudden breeze carries the corner of one charred page up and out of the fire…it floats off over the cliff. Of course that means the zombies will be back, and so will your sequel.

11 thoughts on “Formula for a Bestselling Horror Novel”