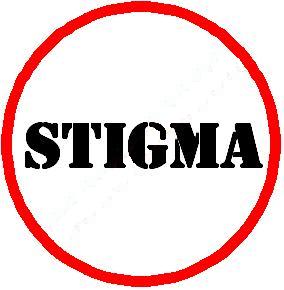 This is the second of two posts in response to the topic raised by Melody Stiles for discussion here at Indies Unlimited, to wit:

“Why is there still such a stigma, even among writers, about self-publishing?”

Last week I opined about the manner in which the self/vanity publishing scams of olden tymes (a few years ago) have left a legacy of sleaziness that is still applied today to “Indie” publishing, even by some writers. The term “Vanity” publishing brings a lot of baggage, and while it was (and is) different from contemporary Indie publishing in a number of ways, the shadow remains.

It must be acknowledged however, that much of the stigma some now feel Indie publishing possesses has nothing to do with the past, and everything to do with Indies themselves. Not to put too fine a point on it, but the e-book revolution has removed any meaningful bar to a writer putting their work in front of the reading public. All that is really required for readers and writers to find each other is internet access on both sides, and that can be had for free in any number of places. Yes, there is undoubtedly a socio-economic component meaning most e-writers are well off enough to have computers in their homes, and most people reading digitally are going to have e-reading devices, tablets, or cell phones. It can’t really be said that the digital revolution is felt equally at all levels of society. But the ability of a writer to put their book “out there” for readers, at what could theoretically be absolutely no cost to the writer at all, is game changing. If you can access a computer long enough to write something down, you can put it in a virtual bookstore next to Harry Potter and Herman Melville without having to pay anybody a nickel. Not a vanity publisher, not a press. Not even editors or proofreaders or cover artists.

While that is all wonderful and democratic, it is also starkly terrifying in its way. Let’s face it. Without any filters, a lot of swill is going to sluice into the stew. Yes, once people can upload any sloppy, amateurish bunch of gibberish they just tapped out into a virtual bookstore, some people are going to do exactly that. While they and their works may have little in common with other authors producing books written and edited to as fine a standard as anything from a trad publisher (even if it means paying the very same proofreaders, editors, cover artists etc., who work for the trads), all alike are dropped into the “Indie” category. As any category tends to get defined by its most dramatic and even egregious exemplifiers, little wonder the existence of some utter detritus under the rubric of “Indie” starts to soil the whole brand. After that, it is self-fulfilling prophecy. Find a typo in a trad book, it is a typo. The same typo in an Indie book is taken as confirmation that Indies as a group either can’t or won’t edit, if that is what the reader is inclined to think in the first place.

With any trad book, the reader is fairly safe to assume a certain baseline competence in technical matters. Any book put out by a serious publishing outfit has been formatted, proofread, and edited to a fairly consistent level. While that may be equally true of any given Indie book, there really is no guarantee. It doesn’t take much looking around to find things that the enthusiastic author uploaded on their own without even running spell-check. The assertion that Indie books are, on average, far more sloppily put together is necessarily true, but only because the “basement” is so much lower for Indies than it is for anything coming out of traditional publishing.

In addition, the phenomenon of Authors Behaving Badly tends to get ascribed more heavily to Indie writers, simply because there are more Indie writers. Just for the sake of argument, let’s say that 1 out of every 10 writers in the world is a dirt-bag. The kind of people who pay for fake reviews, attack book bloggers, one-star the competition, and otherwise engage in all the various and sundry malfeasance that has been the topic of discussion lately. To further make up another couple numbers, let’s say there are one hundred thousand trad-pubbed authors in the world, and a million Indies. At a 1 out of 10 ratio, that means there are 10,000 “trad” and 100,000 “Indie” dirt-bags out there making asses of themselves, and any reader is around ten times as likely to first encounter an Indie being a jerk. Once again, the worst behavior of any group member gets ascribed to the whole.

The word “Indie” does carry a stigma with some readers who have encountered lndie writers who are crooked jerks, and Indie books that are poorly edited. Neither may be mathematically “typical” of all Indiedom, but it’s pointless to deny that there are plenty of examples of both out there. There is one more aspect of what seems to be the Indie stigma, however, for which I personally don’t see much basis.

Once judgments move from anything quantitative to qualitative, they are of course subject to individual tastes and preferences. There are readers who feel Indie books are simply not as “good” as those put out by the big publishers, by which they seem to mean the storytelling and the undefinable craft of writing is somehow lacking in Indie books, as opposed to trad counterparts. To which I have to respond, “What are you smoking, and do you have any more?”

When a book arrives at a publishing house, the one overwhelming factor in determining if it will be published is whether or not some group of business people thinks it will make them a buck. And what makes  bucks? Books with the widest possible audience, meaning books that appeal to the lowest common denominator among the segment of the population that still reads. Celebrity bios sell. Political yammering sells. Simple, unchallenging, predictable stories that fit neatly into the norms of pre-existing genre, those sell. And it is assumed that things exactly like whatever is selling at the moment will continue to sell tomorrow.

Once in a while, something different makes it through the gatekeepers of traditional publishing and blows up huge, much to everyone’s surprise. At that point, Book X becomes a new template, so that for a while books have a better chance of getting picked up by a publisher to the degree they are similar to whatever blew up most recently, totally ignoring the fact that Book X may have succeeded precisely because it was different than anything else available at the time. Yes, a reader can be confident of a certain baseline quality to trad books in terms of editing and presentation. But those books are also susceptible to a certain uniformity and, for lack of a better word, a sameness.  If you look at the top of a genre bestseller list, I’d be surprised if more than half of them don’t look like multiple versions of the same book. And that’s fine, and it’s undeniable that it is exactly what a lot of readers want.

While some Indie books may be available only because their authors believed they could make a buck (and all authors of course hoped they would), I would assert that far more often an Indie book represents a story that somebody simply felt that they had to write down, and then thought was good enough that others might like to read it, too. Some of those writers are delusional. But after almost two years now of reading a preponderance of Indie books in my free time, I have no problem saying that a lot of Indie writers have stories worth the telling, and the reading. Every reader is different, and not every reader is looking for the same thing from a book. If you want nothing more than a few hours of simple escapism (and who doesn’t sometimes?), you are going to be able to find a book to suit your needs from an Indie, from a small press, or from a Big 6 publisher.

But if you want something a little different, more original, and dare I say it, more substantive, your search may actually be shorter the farther away you get from New York. Yes, there will be some tall weeds to poke through. But if you are looking for a book that is something more than an assembly line commodity, you are probably the sort of person who doesn’t mind a few scratches and the nettles along the way.  There is wheat among the Indie chaff. Among a lot of trad publishing Happy Meals, there are still more Happy Meals.

So I ask you, of which stigma would you rather be a part?

In closing, another real one-star review of a real book, by a real reader.

Epic fantasy author M. Edward McNally is a North Carolinian of Irish/Mexican extraction. He has a Masters in English Lit from ISU and Russian/East European History from ASU. He grew up mostly in the Midwest along I-35 northbound (KS, IA, MN), and now resides in the scrub brush surrounding Phoenix AZ, where the scorpions and javelinas play. Learn more about Ed at his blog, and his Amazon author page. View all posts by M. Edward McNally