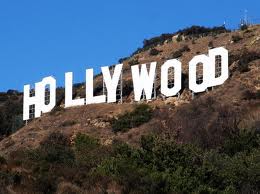 OK, I blame my best friend, Jessica, for getting me hooked on the notion that I could write a screenplay. We were kids—high-schoolers, and we liked to write.

Fast forward over 20 years and here I am, still writing. Although I changed my goals from screenplays to novels and short stories, but the thought of seeing something I wrote on the big screen still hung in the back of my mind. So I decided to adapt a novel I’d published and give it a try.

First of all, if you have any aspirations of playing in Hollywood, you have to go by THEIR rules. They are picky—very picky. I did some research and found that the software most commonly used was Final Draft (version 8 right now). I ponied up the $$ and bought it, $250 of download—ouch! Then I played around with it until I felt reasonably comfortable using it.

Second, you need books—several books on screen writing. The two best are: Screenplay by Syd Field, and The Screenwriter’s Bible by David Trottier. I also picked up Making a Good Script Great by Linda Seger, and How to Adapt Anything Into a Screenplay by Richard Krevolin. You MUST be armed and ready to do battle. Hollywood is unforgiving.

Once armed, it was off and running to write the script. Yeah, that’s not so simple. As I learned more about adapting novels to screenplays, I realized I may have created a monster. My novel was only 148 pages printed (8.5 x 11, 1.5 line spacing) but to now have to take all those words—over 81K, and turn them into a 120 page screenplay that must be mostly white on the page; that was a challenge.

I like challenges, so after nearly a year, I had my 120 pages—actually 119—I was very pleased with myself. I was ready to send it to Hollywood—or was I? Now the lessons really began. I submitted it to a screenplay contest and didn’t even make it to the quarterfinals. I submitted to another, same thing. And two more competitions later, I wasn’t getting anywhere. Why? I had a darn good story, the length, format, plot arc, characters, and pretty much everything I could think of was by the book. So what was I doing wrong?

At one of the competitions, they offered 100% feedback on every script they got. The cost of the competition was reasonable, so I entered. I got feedback, all right. Some of it was good, some of it was bad. I didn’t let that stop me. I now realized I had some problems to correct. Unfortunately it had cost me well over $150 to find this out. It was recommended that I seek coverage for my script so that I could fine tune it and hopefully have a chance later on.

Script coverage is a fancy name for someone who takes the script (normally someone who has experience in the movie business) and reads over it and makes suggestions on where to fix things. Is coverage cheap? Nope! I opted for the regular package and then added on some additional services which brought the total up to $250. Some coverage agencies will, if they like your script, get it in front of agents and producers—another plus to consider.

How could I have done this differently? Well, I’d still have to get the software, since it is industry standard. I’d write my screenplay, have my editor check for spelling/grammar/punctuation, and then send it off to a coverage service before I sent it off to any competitions. I’d have saved myself close to $200 and would have had a more marketable script to put in front of the judges. Yes, lesson learned. But, the good thing about coverage services: you can take what they said and apply it to subsequent screenplays, and hopefully in time, not require their services anymore.

Writing is an ever evolving, ever growing art form. If you’re smart enough to learn from your mistakes, in time, you should know success. I am still learning…

[This post originally appeared on Kathy Rowe’s Blog on August 29, 2012. It is reproduced here by consent of the author.]

K. Rowe is an experienced and prolific multi-genre author. She draws from over twenty years of active Air Force service. Kathy lives in eastern Kentucky with her husband and a zoo of farm animals. Among her many duties she finds time to offer services as a publishing consultant for new authors. Learn more about Kathy from Facebook, and her Amazon author page. View all posts by K. Rowe