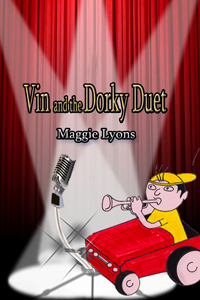 Author Maggie Lyons is pleased to announce the release of her new middle-grade action/adventure book, Vin and the Dorky Duet.

The moment he walks through the door and sees the sharky grin on his older sister’s face, Vin suspects Meg’s hatching a plot. He’s right. Worse still, he’s central to the outcome. Meg tells him that their music teachers, parents—everyone—expect him to play her duet for trumpet and piano at the upcoming student concert. Vin is horrified.

Meg insists that his only escape route is to persuade another trumpet player to take his place. She has the hunky Brad Stewart in mind, and she challenges Vin to introduce her to him. Vin doesn’t know Brad any better than Meg does, but Meg points out that Vin takes a couple of classes at school with Brad’s nerdy brother. Eyeballs Stewart is the last person Vin wants to befriend until Meg’s promise of a David Beckham autographed soccer jersey changes the seventh-grader’s mind. He has five days to accomplish his mission—Operation BS—before the concert practice schedule kicks in.

Vin and the Dorky Duet was published by MuseItUp Publishing on June 15, 2012. It is available as an e-book from Amazon, and will be available through other retail channels soon. 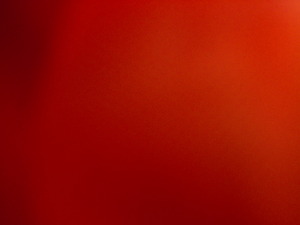 Susan stepped through the doorway and into the abrasive sunlight. She had not been outside of her apartment in weeks. Her skin rebelled…burned. She could feel her pupils shrink, and they were already pretty pinned to begin with. She needed cigarettes. The cartons she had purchased lay in a pile by the door, empty, mocking her. She could hear them. She blinked and crossed the street. END_OF_DOCUMENT_TOKEN_TO_BE_REPLACED 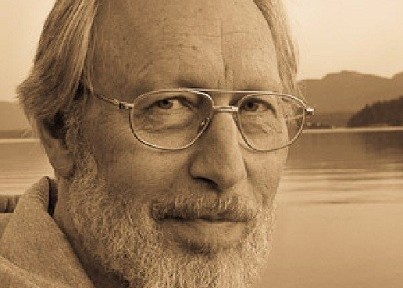 Morgan Nyberg was born in Port Arthur, Ontario and grew up in farming country in southern British Columbia. After graduating from the University of British Columbia he worked as a labourer for a decade before finally settling into teaching. For most of the last 30 years he has lived abroad, teaching English as a Foreign Language in Ecuador, Portugal and the Sultanate of Oman. His first book, The Crazy Horse Suite, a verse play, was performed on the stage in New York and was broadcast on CBC Radio. His memoir, Mark, won the CBC Literary Competition. His first venture into book-length fiction, a children’s novel, Galahad Schwartz and the Cockroach Army, won Canada’s prestigious Governor General’s Award for Literature. Since then he has added a further children’s novel, Bad Day in Gladland, and three novels for adults, El Dorado Shuffle, Mr. Millennium, and Since Tomorrow. He currently lives on Vancouver Island, British Columbia. END_OF_DOCUMENT_TOKEN_TO_BE_REPLACED 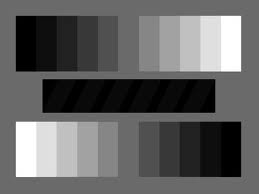 The other day, I saw a link on a Facebook page to yet another scathing, snarky review of the book which shall not be named. I’ve seen a lot of these. This particular reviewer put a lot of time and effort into her piece. There were amusing animated GIFs between each few paragraphs of calumny she poured on this ill-conceived tome.

I love snark as much as anyone. I was all good with it until I got to the end. The reviewer said to stay tuned for her upcoming review of the sequel to this book. WTF???