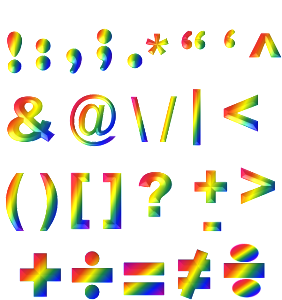 Right! We did semi-colons in the last tutorial (see here). I thought I would tackle the apostrophe next. It’s another member in the punctuation cast list which has only a few functions but seems to cause an awful lot of confusion.

So, children, you’ve had morning break, please go back to your desks.

Stephen! Don’t try and carry the chair with Al still on it, dear.

Chris! Please don’t put that eraser in Carol’s ear. Pardon Chris? Yes, I know it’s soft, but she still doesn’t like it.

Sorry, Jim, what did you say? You want to put your raincoat on in case it rains? It won’t rain indoors, dear. No, Yvonne certainly won’t pour water over you.

(In memory of the very wonderful Joyce Grenfell)

So, if we are all sitting comfortably…

The apostrophe has three main functions:

1. To indicate possession and is placed before the ‘s’:

If the possession is of a plural noun, the apostrophe goes after the ‘s’:

Two elephants’ trunks (the trunks of two elephants), two cats’ paws (the paws of two cats), the Smiths’ daughter (the daughter of the Smiths (Mr and Mrs))

If the noun is plural but does not end in ‘s’, the apostrophe goes before the ‘s’:

Either is acceptable (though consistency is important), but the latter is preferable.

That coat is yours CORRECT

2 Where one or more letters have been omitted, especially when two words are contracted:

Think: Does the sentence make sense if you uncontract.

The cat licked its paws CORRECT

3 Apostrophes are never used in plurals other than in very exceptional circumstances:

Mind your p’s and q’s, don’t forget to cross your t’s

This is a much rarer usage, but in this instance think if ps and qs or ts might cause confusion.  However – Ps, Qs and Ts would also be acceptable.

The Beatles were very popular in the 1990s CORRECT

And that’s it! These are the very basic rules, but should stand you in good stead to avoid the most common misuse of the apostrophe.

Reviewer Cathy Speight is British and lives in England. The Kindle revived her passion for reading and after stumbling on a Facebook group of independent authors, she now does her best to encourage and assist indies as much as possible. Books by indie author form the majority of her collection. Cathy shares her views on the books she has read on her blog. View all posts by Cathy Speight